While these figures are concerning, there is also some good news on the horizon. India’s birth rates have already dropped significantly. Since 1990, India’s total fertility rate (TFR) has halved. According to the OECD, TFR refers to “total number of children born to each woman if she were to live to the end of her child-bearing years and give birth to children in alignment with the prevailing age-specific fertility rates.”

Moreover, India’s total fertility rate currently stands at two, which is below what they call the replacement level (2.1), as per the National Family Health Survey.

In other words, India’s population will not only stabilise but fall given that new births will not be able to match deaths. Of course, there are significant inter-regional variations, but this data does seem to indicate the significant progress of population control measures in India.

As one of the first countries to introduce an official programme of birth control, the Indian state has long recognised the need to stabilise and reduce our population. Having said that, the Indian state’s history with population control has been a mixed bag at best.

The common refrain is that overpopulation has held back India’s developmental aspirations. While this attitude has led to some positive developments, there have been some egregious errors and violations along the way with Indian women largely bearing the brunt of state action.

However, one of the standout results of India’s population control policy was the emergence of Saheli (Centchroman), the world’s first non-steroidal birth control pill, launched in 1995 under the National Family Welfare Programme. The pill was the product of two decades of rigorous research led by Dr Nitya Anand, a celebrated organic chemist, at the Central Drugs Research Institute (CDRI), Lucknow.

As a pill that was to be consumed once a week, this oral contraceptive drug gave many Indian women the freedom of choice. Here’s the brief story of how this happened and the scientist behind it all. 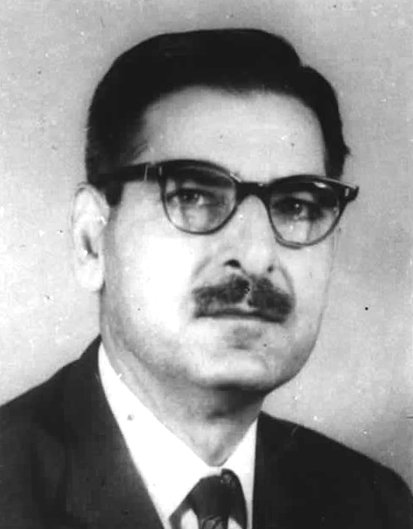 Unlike implants, condoms or surgical sterilisations, birth control pills, which interfere with the biological processes involved in pregnancy, are the least intrusive and most effective as well.

In 1951, Carl Djerassi, an Austrian-born Bulgarian-American pharmaceutical chemist, and his colleagues George Rosenkrantz and Luis Miramontes, developed the first birth control pill. This was a revolutionary step in the history of population control because it helped millions of women make their own decisions about pregnancies.

According to an explainer by D Balasubramanian in The Hindu, “What this pill does is to inhibit ovulation or the release of the egg. Additionally, it also tends to make the vaginal fluid thicker and more viscous. As a result, the sperm from the male is unable to meet the egg and fertilise it. An important point about using the pill is that it must be taken daily.”

If the subject does not take the pill for two weeks, it could result in pregnancy upon sexual intercourse. However, this pill has a series of side effects including nausea, bleeding between periods and other potential complications because it contains a steroid component.

But there was scope for better quality pills. Fast forward to the 1960s, and the Government of India, called upon its scientists to develop alternatives. Stepping up the plate, Dr Nitya Anand and his team at CDRI, Lucknow, began developing solutions.

Studying past publications, they discovered a molecule called ethamoxytriphetol (also known as MER-25), which among other things, exhibited “anti-fertility effects in animals”. However, this particular molecule did not possess the relevant potency and had some serious side effects.

“After several attempts, they hit upon the right candidate in 1971. Its chemical structure is shown in the accompanying figure. Since it belongs to the chroman family and was made at the Central Drug Research Institute, they christened it Centchroman,” added Balasubramanian.

In a more detailed explainer, the Council of Scientific and Industrial Research stated:

Among several chemicals/compounds, Centchorman (Ormeloxifene) was derived from benzofuran and ethamoxytriphetol (alias MER-25) compounds as an orally taken birth control/family planning drug after several years of perseverance and hard work of Dr Nitya Anand & team in 1971. The Centchroman was tested in laboratory experimental animals, rats, dogs, and monkeys for preclinical (before human use) contraceptive purposes. Further, the preclinical harmful effects/toxicity have also been tested on laboratory experimental animals such as rats, beagle dogs, rhesus monkeys, and rabbits and found safe. There were several clinical trials (safety of a drug or chemical) on women before it was approved for general population use by the then competent authority of India Drug Regulatory Guideline in 1990.

In contrast to the pill developed by Djerassi, the Centchroman was to be taken weekly since it remained well absorbed in the body for many hours. The pill developed at CDRI also does not disturb a woman’s hormonal balance since it does not affect ovulation. What the pill does is prevent the process of implantation (when a fertilised egg attaches to a woman’s uterine lining). Going further, the pill can be taken after sexual intercourse. It possesses no steroidal component (thus possessing none of the associated side effects), and if a woman chooses to discontinue using it, she can regain fertility.

The entire process took nearly three decades. In 1990, Indian regulators approved Centchroman. Hindustan Latex Life Care, a public-sector undertaking (PSU) and Ahmedabad-based Torrent Pharmaceuticals were given licences to manufacture it with the name ‘Saheli’ (meaning female friend). The World Health Organization (WHO) too approved the pill, giving it the technical name of ormeloxifene, and sold it worldwide as Novex-DS or Sevista. Born on 1 January 1925 in Lyallpur (Faisalabad) in present-day Pakistan, Nitya Anand grew up in a household surrounded by education. His father, Shri Bhai Balmukund, was a physics professor at a local college, while his mother served as the honorary principal of another institution for her work in training widows and other destitute women in handicrafts.

Besides social work, his parents were actively involved in the freedom struggle. After earning his bachelor’s degree in Lahore, he left for Delhi to complete his MSc in chemistry from the once prestigious St Stephen’s College, following which he left for Mumbai to do his research work in organic chemistry at the University Department of Chemical Technology (UDCT), Mumbai.

Earning his PhD in 1948 under the mentorship of Prof K Venkataraman, who incidentally also christened him ‘Nitya Anand’ from ‘Nityanand’, he also went on to obtain another PhD from St John’s College, Cambridge University under Prof Alexander (later Lord) Todd.

In an interview with Sansad TV, Dr Nitya Anand said, “We wanted to look at the recent developments in biological sciences. I was very much interested in biological sciences right from the beginning. And professor Todd, who became a Nobel laureate and Lord Todd [later on], was one of the upcoming scientists in the field of chemical biology…That [stint] prepared me very well for what I was going to work on drug discovery research later.”

Amid all these academic achievements, his family had to bear the brunt of Partition. By 1947, his father had just retired and decided to stay in Pakistan. “He was deeply involved in social work. So, he decided to stay back in Pakistan because there’d be lots of people who need his help [including] the Hindu families or even other Muslim families…So he decided that they will stay back in Lyallpur. But conditions became difficult for people to stay back although Lyallpur was still pretty quiet till the end of August 1947,” he said on Sansad TV.

“But then the conditions started getting worse. I was in [a] panic. I was in Bombay and I knew more about what was happening around me than they in Pakistan did. So, I decided that we must bring them out now and coming through other channels was difficult. Luckily, I had a very close friend who was working with Tata Airlines. His family was also in Lyallpur. So, I decided to take a plane, flew to Lyallpur and brought them out,” added Dr Nitya Anand.

Upon landing in Lyallpur, his family had to vacate the house they had resided in for 50 years in just 2 hours and left everything behind. Undoubtedly, there was a conflict of emotions. After all, India was becoming an independent country after years of struggle.

“I still remember when the plane crossed the Wagah border, my father and mother heard the pilot say that ‘we have crossed into the India border’. They didn’t think about what they had left behind, but [that] ‘oh now we are in independent India’ and that is the kind of great feeling which all three of us had…That’s a kind of great feeling in an independent India,” he recalled.

After he returned to India in late 1950 following his second PhD in the United Kingdom, and a short stint at Delhi University, he joined the Medicinal Chemistry Division of the newly inaugurated Central Drug Research Institute in March 1951.

In a tribute to him, Dr AK Saxena and Dr CM Gupta, senior officer bearers at CDRI, wrote, “Dr Anand started his research work at CDRI with the design and synthesis of sulphones and sulphonamides for leprosy. In this pioneering work, he made full use of the understanding of crucial factors in drug design such as transport across membranes, the biology of the parasite and pathology of the disease through a multidisciplinary approach.”

Dr Anand never stopped learning. To strengthen his skills further in drug research, he even undertook post-doctoral training under a Rockefeller Foundation Fellowship in 1958 with professor Bernard D Davis at Harvard Medical School. And he never stopped contributing.

Throughout his career, he published more than 400 research papers, received more than 130 national and international patents and even authored two books.

Wished Dr Nitya Anand, Former Director CDRI & doyen of Indian pharma on his 96th birthday and received his blessings as always. He is a powerhouse for all the scientists and energises us just by his presence.#HappyNewYear2021 and best wishes for a wonderful decade ahead. pic.twitter.com/XliKUthPVD— Alok Dhawan (@Alok_Dhawan) January 1, 2021

“An important outcome of Dr Anand’s scientific contribution was the creation of trained medicinal chemists. He has supervised about 90 students for their PhD degrees, the last one in June 2003, and many post-docs. Many of these now occupy senior research positions in R&D Labs of Academia and the Pharmaceutical Industry,” wrote Dr Saxena and Dr Gupta.

Until his retirement as director of CDRI in 1984, Dr Anand played a pivotal role in turning the institution into a globally-recognised centre for drug discovery and development, “especially for tropical diseases (malaria, filaria), contraception and drugs from medicinal plants, areas of special national relevance.”

He also advised the Government of India on formulating drug policy for nearly four decades while also consulting for other scientific institutions.

In 2012, he was awarded the Padma Shri for his contributions. An institution and nation builder, he should receive greater recognition for his critical contributions to Indian health and science.

‘On conception and contraception: The story of Saheli’ by D Balasubramanian; Published on 24 June 2017 courtesy The Hindu